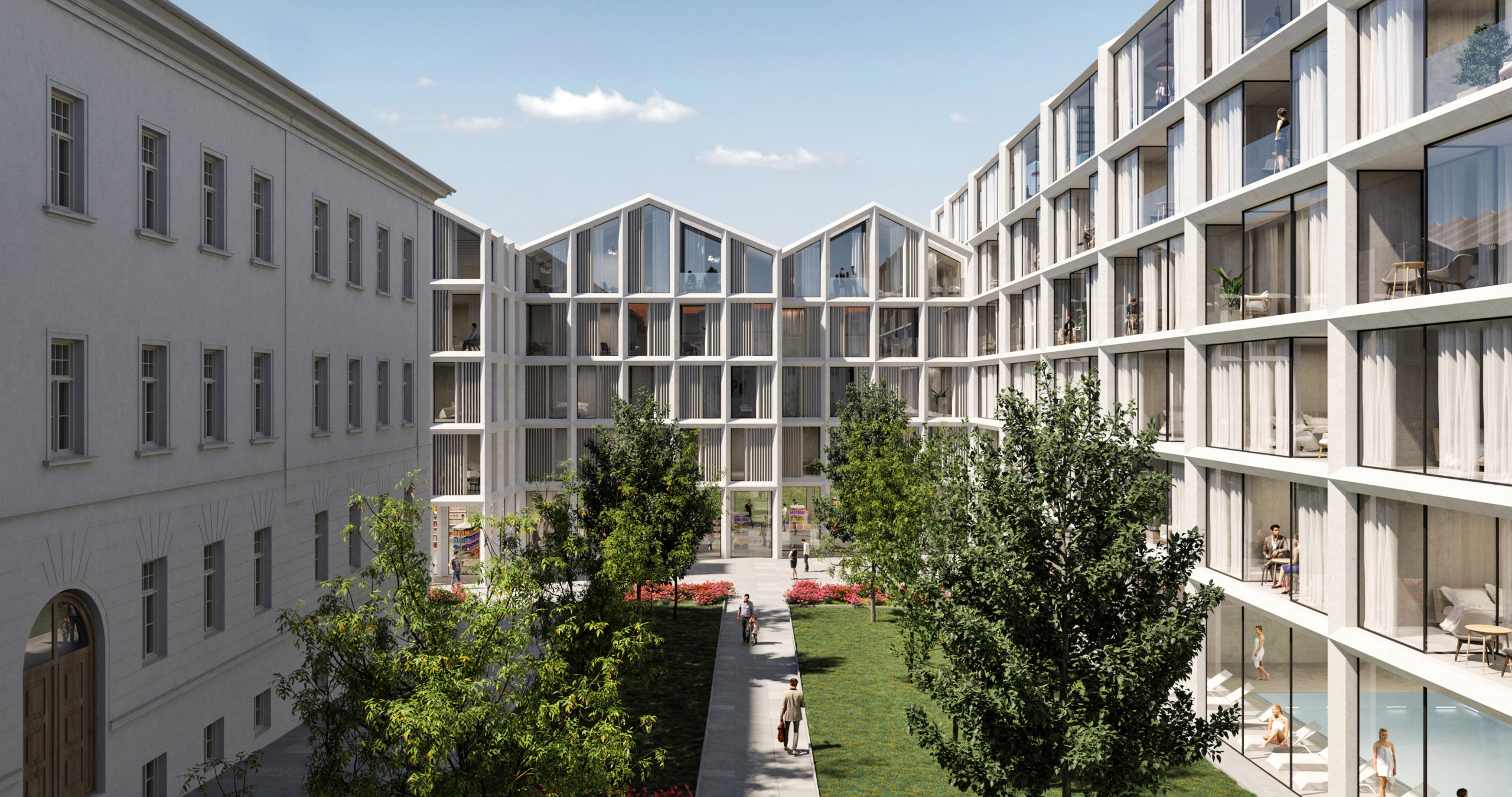 Peter Pichler Architecture has been commissioned to design a mixed-used development in Putbus, Germany. Located on the Baltic Sea Island of Rügen, and built almost entirely in Neoclassical style, Putbus is also known as the ‘White Town’ (Weiße Stadt) due to the impressive array of white façades occupying it. The coastal German town was founded in 1810, and since 1977, it has been officially recognized as a health resort.

Our mixed-use proposal is a highly contextual in-fill project consisting of a series of white pitched roofs that, together with the existing hotel, frame two green courtyards. The proposed new pitched roof structures follow the rhythm of the existing ones, mediating between the two-story scale found on Alleestrasse, and the scale of the existing hotel. In this way, the extension grows with the previous structures, respecting the past while reinterpreting it in a contemporary way.

The façade is composed of an exoskeleton inspired by the idea of scaling up the mullioned windows on the existing hotel to allow for generous natural light and ensure internal flexibility. Additionally, the façade is populated with various sizes of vertical lamellas and loggias to ensure privacy, while creating private outdoor spaces respectively. The design consciously ensures views towards the Schlosspark, with the Baltic Sea on the horizon. 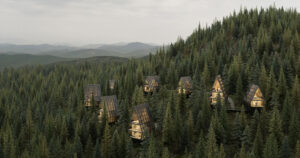 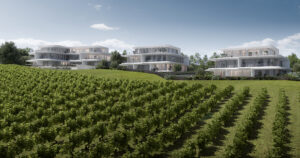 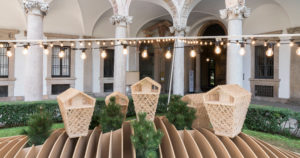 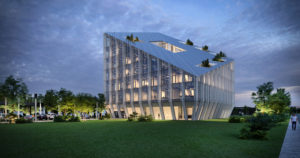