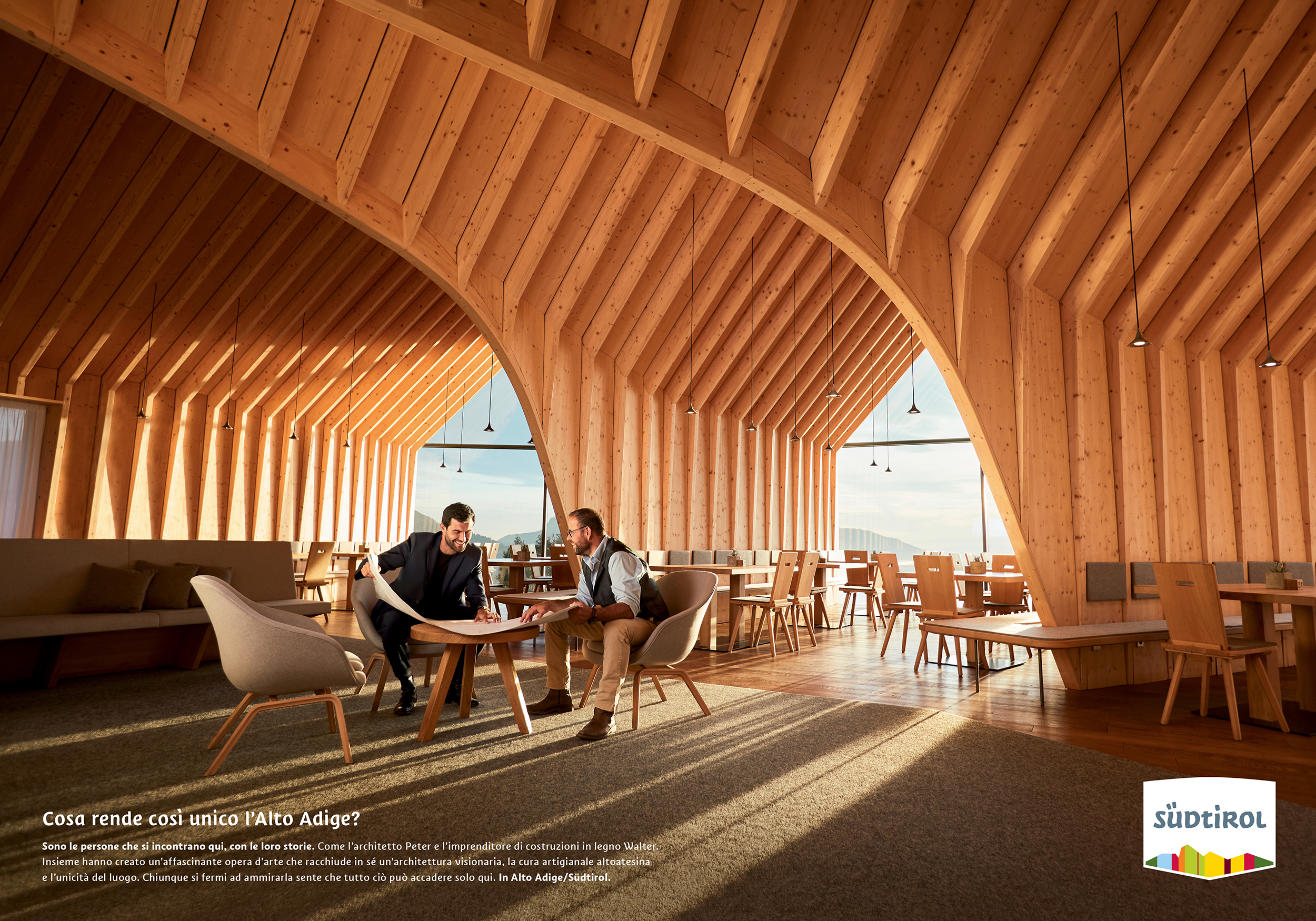 Peter Pichler is honored to represent his home region South Tyrol in Italy at the new South Tyrol global campaign. The photoshoot took place at Oberholz Mountain Hut, an award-winning project of the studio and landmark of the South Tyrolean new architecture.

The campaign is aimed at a large target group. For this reason, it will appear not only in print but will also be broadcast on TV. In Italy, the campaign will continue until mid-December. The broadcasters Rai1, LA7, Sky and Canale 5 and the publications “La Repubblica”, “Corriere della sera”, “Il Sole 24 Ore”, “Il Vaticano” and “Panorama” will be covered.
In the main German-speaking markets, the campaign is scheduled to run until the end of November on, among others, ARD, ZDF, Sat1 and Pro7. On print media it will be featured instead in “Der Spiegel”, “Die Zeit”, “Welt am Sonntag” and also “Der Standard”, “Die Presse” and “Profil”.